Remember remember the fifth of November! Celebrate Bonfire Night 2019 at one of the fantastic firework displays which will be illuminating the night skies around Chichester this November.

Bonfire Night, also known as Guy Fawkes Night is a British tradition dating back to 1605 when Guy Fawkes attempted to blow up King James I and the Houses of Parliment to bring Catholicism back as Englands main religion in his Gunpowder Plot.

Guy Fawkes failed in his attempt that night, and the Gunpowder Plot conspirators were captured and executed. On the 5th of November, we remember this and celebrate the anniversary of Guy Fawkes' arrest by lighting bonfires, fireworks and sparklers. Take a look at our pick of the best Bonfire Night displays around Chichester, and wrap up warm for a spectacular night of fireworks. 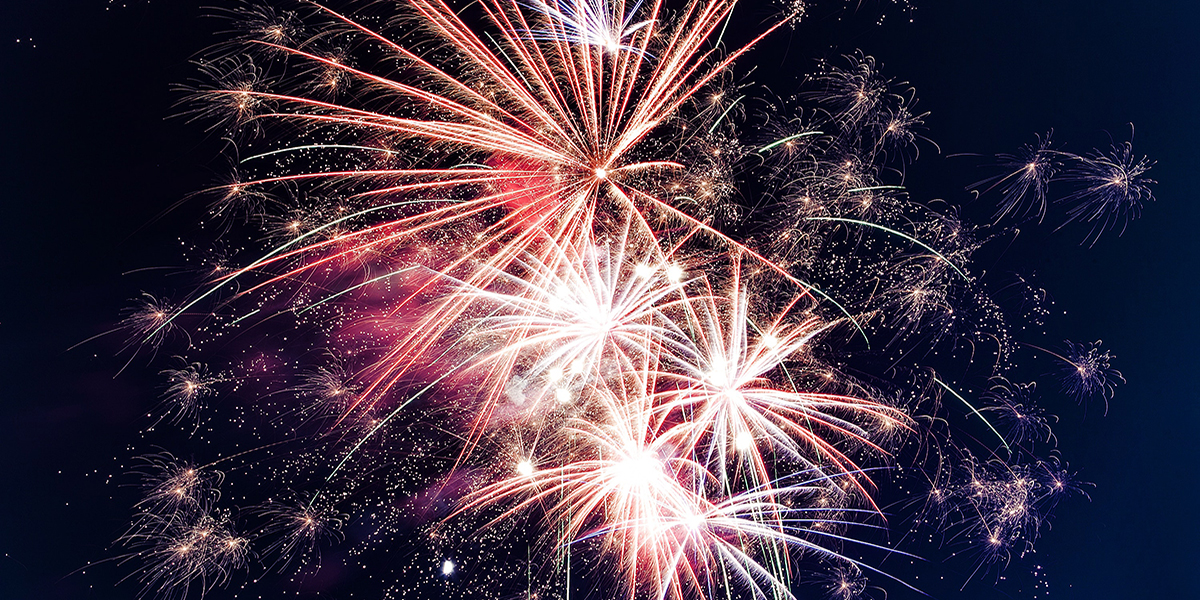 The Selsey Firework committee bring you yet another spectacular firework display put together and synced with music by the award winning company Selstar Fireworks. This years display, with the theme of 'Angels and Demons', promises to be outstanding.
The gates will open along with Coles Funfair at 5pm with the Bonfire being lit at approximately 8pm and the fireworks starting at approximately 8:30. Not forgetting the Local Band playing for your enjoyment in-between.

Join in the family-fun at the Fishbourne annual firework display. The traditional funfair opens from 5pm with bar & food opening 6.30pm. Gather around at 7.30pm to watch the bonfire being lit before the main fireworks display at 8pm.

Fireworks and a traditional funfair at the Hunston Firework display. Main firework display starts from 7.45pm.The Hunston Club will be open to non-members so you can enjoy a drink before or after the display.

What better way to celebrate bonfire night with your friends and family? Great food & drink, great music, great entertainment and the best visual spectacular anywhere in the area.
Gates open from 5pm with Bar & Food Outlets, Children’s Stalls & Spirit FM Broadcast. There's also Nick Cook’s Fire & LED juggling act from 5.45pm before the bonfire is lit at 6pm. Make sure you stick around for the firework spectacular between 7-8pm and live music to follow.

Fontwell Park’s Sensational Fireworks Display Returns for 2019!
Space Flight Fireworks Night
Celebrating 50 years of space exploration with an out of this world theme and firework display.
Gates open at 5pm with plenty of food and drink options, Horton’s Funfair and live entertainment from the Spirit FM stage.
The musical Firework display takes off at 8pm from the Centre course.
Please note: this is a ticket only event.

THIS IS MY THEATRE

THE AUTUMN DESTINATION EVERYONES FALLING FOR

X
X
Hello. We use cookies to give you the best experience on ChichesterWeb (sorry they’re not edible!). We'll assume you're happy with this, but you can opt-out if you wish.GOT ITRead More