Uncover some super facts about the history of some of Chichester's most iconic buildings.

You may walk past them every day, but how much do you know about the history behind some of Chichester's iconic buildings? 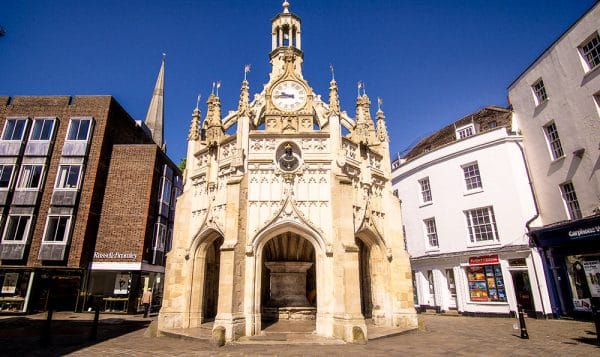 Standing at the heart of the city centre's shopping district, the Chichester Market Cross is a well-known local landmark. With striking architecture and clocks on all four sides, it provides a welcome meeting point and time for shoppers and visitors to the city. But did you know that the Market Cross was originally built for the market traders of Chichester by Bishop Edward Storey in 1501?
The bishop had felt so sorry for the peasants trading outside in all weathers, that he had the Market Cross built so the traders could sell their produce under cover from the adverse weather without paying a toll. The bishop paid the Mayor of Chichester the pricey sum of £10 for the plot upon which it's built.
When Bishop Story died in 1503 he left £25 a year in his will for the upkeep of the Market Cross.

Super Fact: The clocks were only added to the Market Cross in the18th Century! 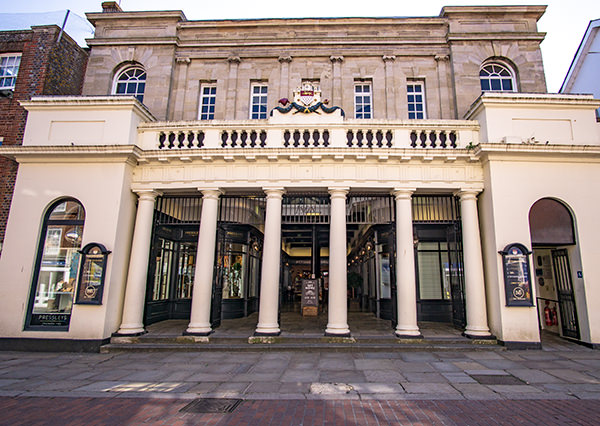 The Chichester Butter Market was originally built to provide the increasing numbers of market traders within the city a fixed location from which to trade in 1807. Traders selling fish, poultry, butter, vegetables, eggs, cheese and other locally sourced products operated from the building. Today the Butter Market is home to a selection of shops and restaurant, including the delicious Bill’s Restaurant.

Pallant House dates back to around 1712, when the wine merchant Henry Peckham and his new wife Elizabeth Albery, had the house first built as their marital home. One of the buildings unique features is the two stone ostriches which sit either side of the gate posts leading up to the front of the house. Henry had requested ostriches as they appeared on his family coat of arms.

Today Pallant House is a grade one listed building and a fine example of a Queen Anne townhouse. It's modern wing is the home to Pallant House Gallery, one of the most important galleries for British contemporary art in England and has in the past famously held work by the artists Paul Cézanne, Henry Moore and Barbara Hepworth.

Super Fact: Pallant House is also known locally as Dodo House due to the carvings of ostriches which look more like dodos. It's thought the original stonemason had never seen an ostrich before so wasn't sure what to carve!

X
X
Hello. We use cookies to give you the best experience on ChichesterWeb (sorry they’re not edible!). We'll assume you're happy with this, but you can opt-out if you wish.GOT ITRead More